It was a dark and stormy night… Jim and his mother were tidying up the Admiral Benbow’ Inn of Black Hill, a remote part of the English countryside. Just as they were about ready to lock up, a mysterious old sea captain arrives at their door. This wayward stranger named Billy Bones warns of a certain one-legged man – a vicious, brutal pirate who must be avoided at all costs.  Fearing that he may not be around much longer, Billy entrusts Jim with some mysterious papers-one of them being a map – the map to Treasure Island.  And thus begins an epic saga of high seas adventure, treacherous mutiny, and one boy’s courage, faith, and good will.

Armenian version made possible thanks to assistance from the Calouste Gulbenkian Foundation. 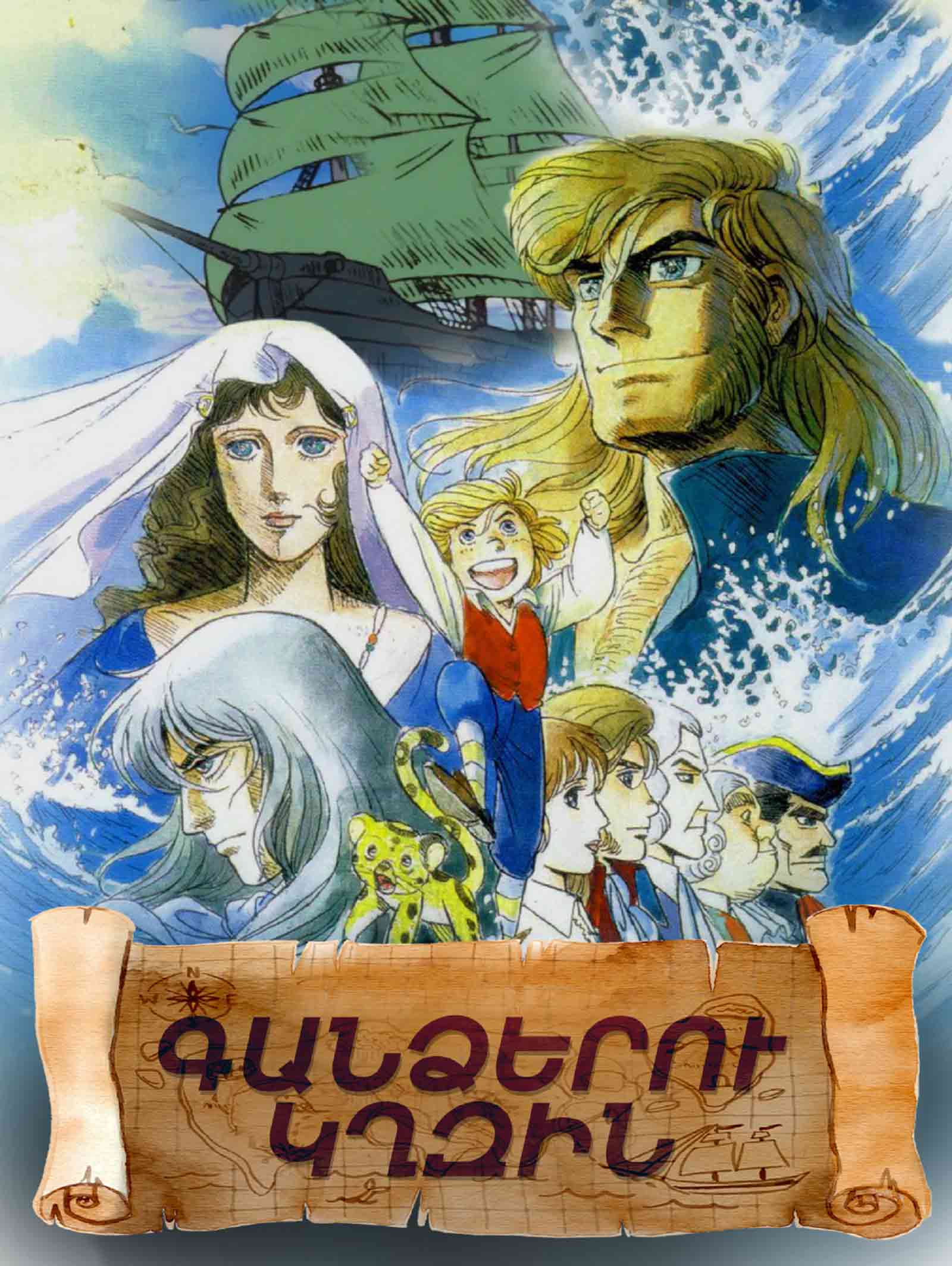